How to Explain Croatia Cruises to Your Grandparents
fadfec9b15

How to Explain Croatia Cruises to Your Grandparents

Croatia has been praised over and over again for its scenic beauty and her popularity is still increasing which means travelling and cruising there is now easier than ever before. This country truly offers a wide range of things to see, places to visit,towns, islands, many activities for all age groups! This is one of the reasons why Croatia cruise is such a popular destination of our clients. This cruise is suitable for families with kids, seniors, couples, party lovers, nature lover, adrenalin junkies, food hedonists, etc. To summarise, Croatia is a place with many qualities that everyone can appreciate. We gathered some highlights why Croatia cruises are good for all generations.

One of the many best features of Croatia coastline is the clear blue waters of the Adriatic Sea. The sea so clear is surrounding verdant shores, some of the best beaches, towns and islands. All this and more makes Croatia such attractive gulet cruise destinations. Temperatures of the sea in summer are refreshing, especially good on hot summer days during the cruise. Good to know is that sea is completely safe there are no dangers lurking from the waters so you can be on ease when you and your kids go for a swim or other fun water sports activities. 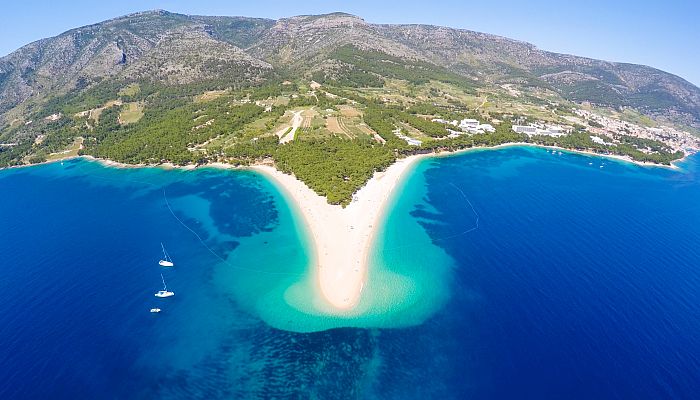 Croatia has a long coastline that is scattered with more than a thousand islands so it’s no surprise that Croatia has a countless number of beautiful beaches and bays. If you are seeking for a relaxing and peaceful atmosphere there are bays that your Captain could lead you to where you could rejuvenate and unwind. Beach lovers will be especially delighted in Croatia since there are plenty of amazing pebble and sand beaches. If you are cruising to Dubrovnik visit a small St Jacobs beach tucked into the Cliffside near the harbour. When visiting the Island of Brač is you must visit the most popular and praised beach called Zlatni Rat in Bol. If you are more of a party person who adores beach clubs then island Hvar will be your top destination. Beach clubs offer stunning views that peek out of pine trees.

Nature lovers, photographers, hikers will absolutely enjoy in all the nature parks that Croatia offers, and there are truly many of them. The moment you step in one of the there gems and breathe in, a fresh and crisp mountain air will absolutely relax you. While you explore the park trails you’ll hear the crunching of leaves and small branches underfoot with the relaxing sound of waterfalls in the distance. Sun will barely penetrate through green tall trees that protect you from the heat of the day and if you please you may even swim next to waterfalls. So what are some of the nature parks Croatia has to offer? 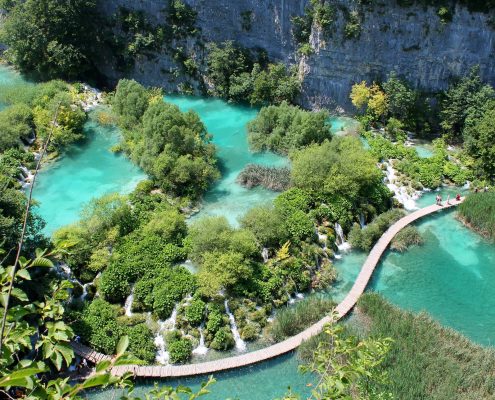 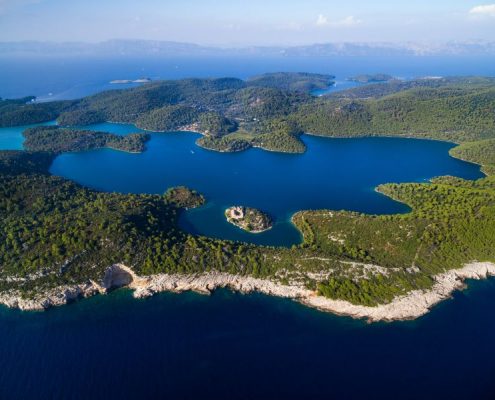 Mljet island in Croatia and National Park is also known as the greenest island of Croatia with the unspoilt nature offering tranquillity and peaceful atmosphere. 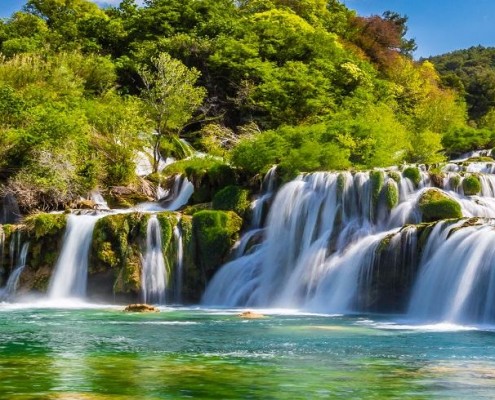 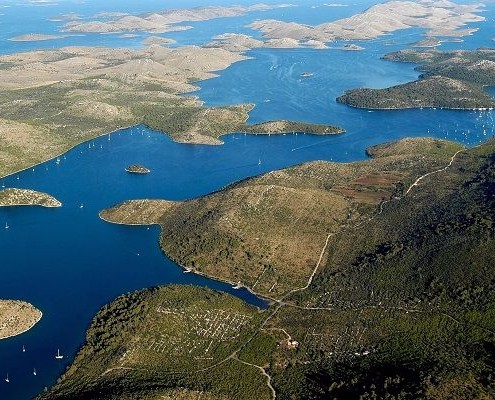 The Kornati archipelago of Croatia is 35 kilometres long and has large and small 89 islands. You can enjoy a relaxing nature, clear water and hidden places.

Croatia has a rich culture and historical heritage and displays more than 2,000 years of history, from Istria to Dalmatia. Some of those historic remains are located in museums but much more is preserved in exterior where it was originally built. Even if you aren’t a history enthusiast you will still be amazed by the beauty of these monumental places.

Very accessible of Croatia’s historic ruins is the Diocletian’s Palace in Split. Every day, thousands of people local and tourist walk through its main square of Peristil and Split Cathedral. What is even more special about this place is the fact inside the walls and structure of palace the town grew and spread, so inside the walls local people are living, there are also restaurateurs, hoteliers and bars.

City Walls of Dubrovnik are protected by UNESCO and are a magnificent monumental sight you can’t miss.

Walls can be explored and strolled around as part of walking tours. On your exploration, you will come across historic architecture dating from Gothic, Renaissance and Baroque periods.

Aside from that, there are other historic places left behind such as palaces, fountains, monasteries and churches.

Roman Amphitheatre located right in the centre of Pula with an outer ring of a wall still intact. Overlooking the Adriatic sea it provides beautiful views and scenic setting for cultural happenings and festivals.

Zadar was a Roman colony so it has Roman city walls, baths, an amphitheatre, an aqueduct and streets in orderly straight lines, centrepiece by the main square: the Forum.1000 years later, remains of Roman landmarks were used to construct present-day in the Middle Ages. 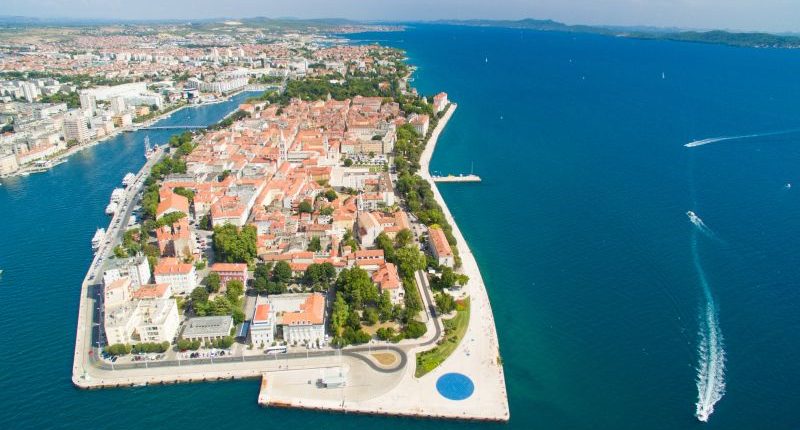 The beauty of Croatian cities will amaze you and since pictures often speak better than 1000 words here are some honourable mentions of cities you can visit during the Croatia cruise; 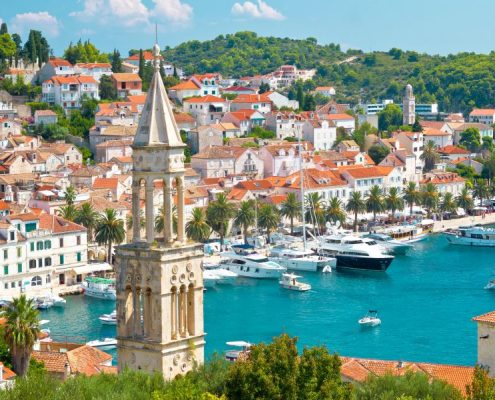 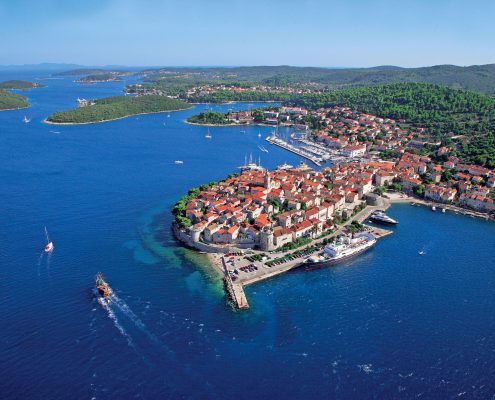 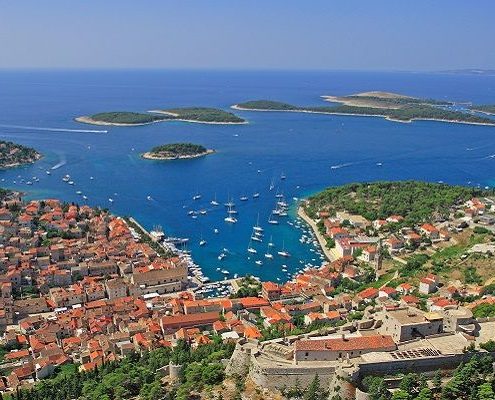 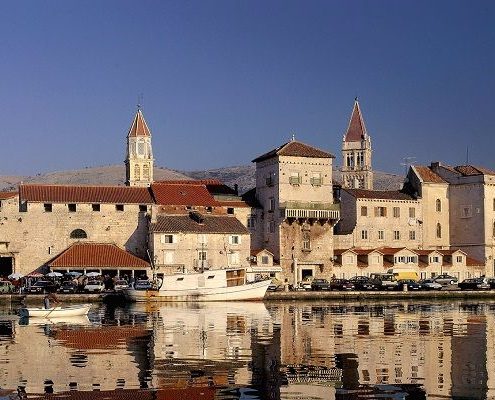 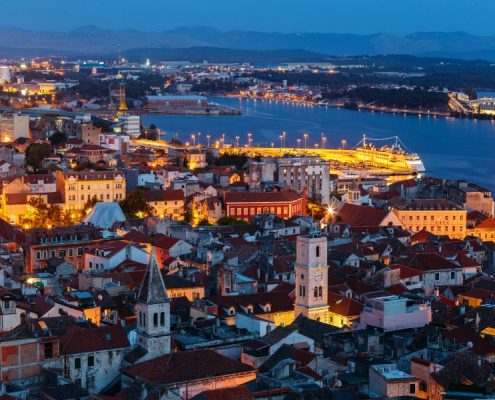 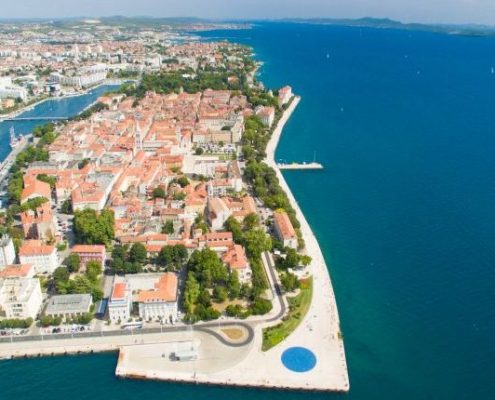 In towns such as Dubrovnik and Split some of the main important scenes of Game of Thrones were filmed there. These places are quite easy to find especially in Dubrovnik and with help of Game of Thrones tour guide. Once you step into Dubrovnik Old Town you’ll see that almost the whole town is like a large movie set. While in Split some streets maybe some parts are a bit harder to find without a guide. However, you can always stumble upon them while walking through a magnificent labyrinth of streets.

Croatian cuisine is heterogeneous since every region of Croatia has its own distinct culinary tradition that was passed on for many generations. What we must point out is that you absolutely need to try Croatian traditional food that will be served o you by your Chef on board. You may also go and explore some of the restaurants in towns if you prefer to be among people, or why not combine both? Croatian food is good for all generations because it offers a wide variety of delicious food options so even picky eaters will find something for their taste. It’s sure to say that after trying this food you will be left craving for more.

Croatian wines are hidden gems that still haven’t been recognized enough in the world as they deserve to be.

These wines offer such a wide range of tastes and are very diverse. Be prepared that you will have to drink a lot and eat a lot because that is how generous Croatians are.

They can’t handle the thought of guest staying hungry or dissatisfied.

Not to mention Croatians are very friendly people who are proud of their wine and they always love to share a glass or two with even complete strangers. Take part in some wine tours on islands or coastal towns and visit old vineyards.

This is a great activity for couples, wine lovers and seniors.

Gulet cruise in Croatia offers a wide range of activities for its guests on board so you don’t have to fear you, your group or kids will get bored. Once you step off the boats as you could read from the previous text, there really is a lot to explore and places to enjoy no matter what age you are.

Some onboard activities on gulet are:

Gulet Experts Team Can Help You

Our team of gulet experts will assist you in finding the best gulet for you and your group! 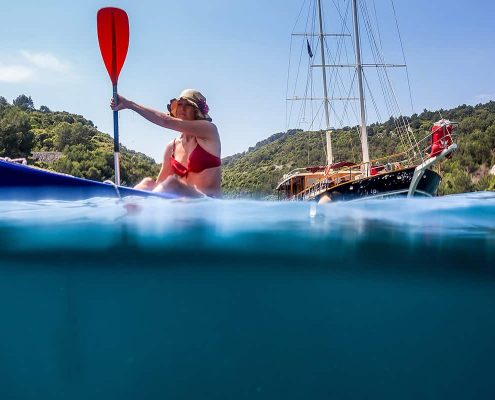 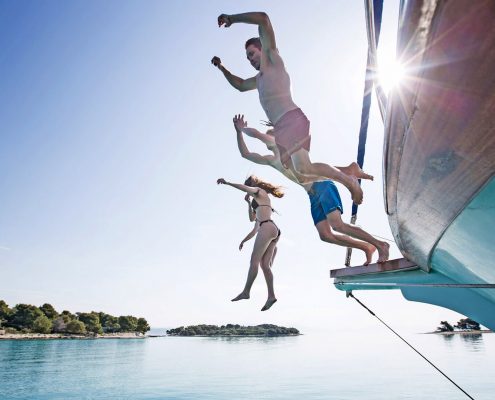 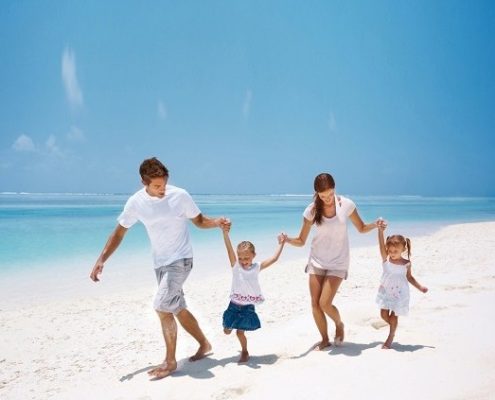 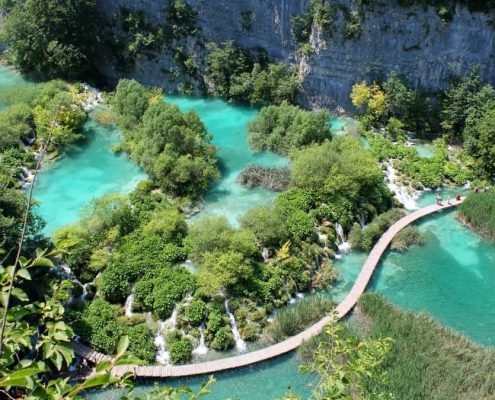 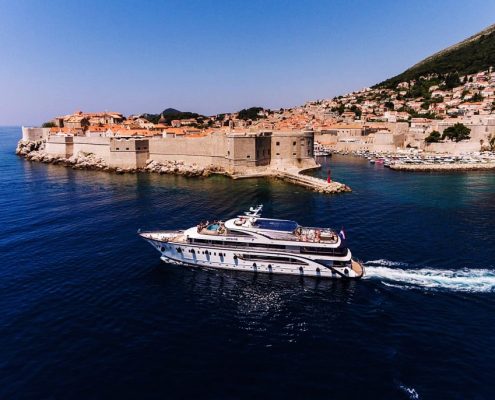 Packing for gulet cruise – What should I bring with me on gulet?

How to book a great gulet in Croatia? – Gulet expert
{"cookieName":"wBounce","isAggressive":false,"isSitewide":true,"hesitation":"","openAnimation":"pulse","exitAnimation":false,"timer":"","sensitivity":"","cookieExpire":"60","cookieDomain":"","autoFire":"","isAnalyticsEnabled":false}
MENU
Scroll to top